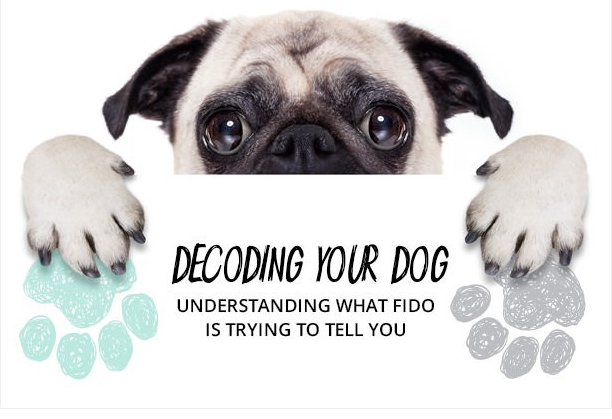 How easy would life with your dog be if you spoke the same language? Over time I’ve learned what a few of Hunter’s barks and expressions mean, and I’m figuring out Roscoe’s, but they still both surprise me from time to time with reactions that I don’t understand.

Take for instance, Roscoe meeting his cousin Riley this past weekend. Riley, a 7-year-old King Charles Cavalier Spaniel, is one of the sweetest, most laid back dogs I’ve ever met. Riley has little to no interest in other dogs, (much to Hunter’s dismay), so she’s not hyper or aggressive when she meets another dog. She really just loves people. I figured Roscoe and Riley would just ignore each other after a quick sniff, since Roscoe is also not really into dogs. Instead this happened:

Riley innocently sniffing at Roscoe, and Roscoe doing his best impersonation of a scary dog. This is Riley’s house they’re in, by the way, Roscoe is just acting like he owns the place. Luckily it wasn’t a big deal since Riley just walked away, but I was surprised it didn’t go better. Although I didn’t see any signals from Roscoe that he was stressed, I should’ve realized that it was probably just stressful for Roscoe to be in a new place (after coming from another new place) and taken control of the situation, introducing them in a neutral environment. Instead I took pictures. Whoops.

It’s hard to be a perfect dog owner and know your dog at all times, but we should try to clue in on what they are telling us. Sometimes they may be hard to read, but other times they are sending clear signals. As a dog owner it’s important to understand what your dog is telling you to avoid behavior issues.

This infographic from Havahart Wireless explains very clearly some of your dog’s behaviors and what they mean.